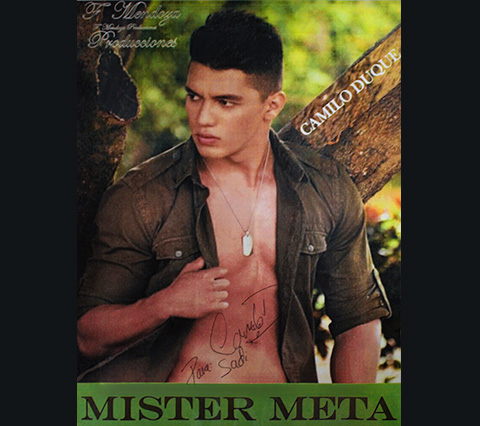 Once again, Mr. Sadi Paul BrancartCEO of Imago Consult and corporative and personal image consultantserved as a member of the select jury. His precision, experience, and knowledge on the subject were essential in choosing a Miss and Mister who had the right attitude and fulfilled the physical requirements.

It was not an easy task for the jury; the participants had notable physical attributes, especially in a country like Colombia, where one can find such a wide physical diversity. The jury also judged the candidates on other aspects like charisma and personality, among others.

The winner of Mister Thong Colombia International 2017 was David Camillo Duque, from the Meta Department of Colombia. The actor from Antioquia Department Ovidio Asprilla Díaz, an Afro Colombian with amber eyes, was elected as runner-up. During the contest, the Cordovan female group 'Ángela y las reinas del Vallenato" gave a live performance that got everyone dancing.

The world has been seeing constant change; women are no longer the only ones concerned with beauty. Today, men can also express their physical appeal through different platforms.

If we go back to the Ancient Greek civilization, for example, which was known for its exquisite creation of art, we can see how important the human body truly is. The Greeks were one of the few civilizations that worshiped the beauty of male bodies; they were inspired by them to create important works of sculpture. Even in the animal world we see male beauty, so there is no reason why it should be different for humans.

For years, men have been categorized with pointless prejudices about their physical appearance. Even today, they are judged if they worry about their looks. We have to fight this discrimination; it is essential that, just as women, men are allowed to love, take care, and worship their bodies, which can also be artistic wonders.

To say that a woman is prettier than a man just because of her gender is the same as saying a man is smarter just because he is a male. We cannot fall into these prejudices. Men, just as women, have the same rights to be attractive and feel wanted. At Imago Consult, an image consultant company, we offer image advice to anyone who dreams of becoming an Adonis.