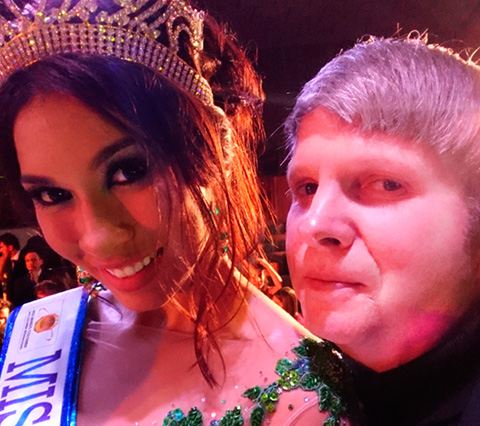 On June 17th, Sadi Paul Brancart served as a member of the jury for the Miss World Colombia 2017 pageant. In other words, he was given the challenge of choosing the best candidate to represent Colombia in an event where 120 countries will participate in later this year.

CEO of Imago Consult, personal and corporative image advisor, Sadi Paul Brancart was chosen as a judge to find the candidate that would outstand as Miss World Colombia and that could become one of the most beautiful women on earth. This beauty pageant is one of the most important ones worldwide, and the competition to make it to the end is fearless.

The criteria to choose a winner is not so simple. The jury primarily focuses on beauty; candidates must be perfect. However, "flaws" may turn into advantages because they can help a candidate stand out from the competition and give her a certain characteristic in an industry where everything tends to look the same.

Culture and intelligence are not ignored, though. Actually, these aspects have been gaining more and more importance over the years. A candidate might be beautiful, but if she can't answer questions regarding global issues, she won't stand a chance in taking the crown.

Using beauty towards the service of good causes is another change we've seen in these pageants over the last years. Candidates can promote their district's charity projects and talk about or reference them during the pageant.

As you can see, the task reveals itself as a challenge for both the candidates and the jury.

This year, Miss Guajira María Beatriz Daza was elected as Miss World Colombia; it's the first time this Colombian department wins the crown.

Imago Consult, proud to be one of the best image advising companies, won't forget this difficult yet wonderful experience of choosing, between so much beauty, a Miss World that would represent Colombia with dignity.