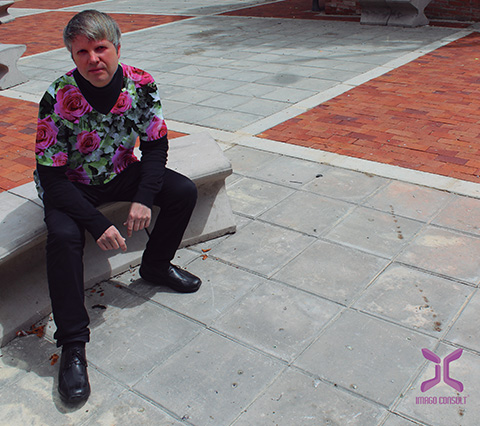 According to Imago Consult, a leader in fashion apparel concept development in the USA and Colombia, fashion is one of the most revealing indicators of a culture's trends and values. The beginning of the school year in Western countries is still an indicator of the fashion trends that women or men will adopt in the upcoming year. Women's fashion is traditionally more noticeable than men's, garnering most of the opinions and attention. The analysis of women's fashion encompasses the choices made by fashion houses and designers, as well as the social implications of those choices.

When we look back on 2016, we notice the predominance of the instagirl aesthetics, where sensuality was dainty and rather discreet. The female figure became a representation of the evolution of the digital era. Now, in the fall of 2017, the new trends are a departure from the understated look that prevailed last year: instead of modest outfits, we find low-cut necklines and leather accents. Fashion favors red in deep, rich shades once again, heralding a season where staggering garments seek to convey passion and empowerment.

Several fashion houses want to show women in all their splendor, which is why they have chosen red as the color of the season. A color that conjures up such disparate ideas can never be understated or confined, just like women and their current liberated, powerful identity. Red is symbolically charged: it reflects a range of meanings from rebelliousness and power to sumptuousness and femininity. Perhaps, we can now be sure that this color, once considered vulgar, has conquered all preconceptions to establish itself as the quintessential representation of elegance and female empowerment.

The main purpose of fashion has always been to mark and flaunt the social status of the wearer In the heyday of the 50s Hollywood glamour, women start leaving modesty behind and allowing the femme fatale in them to shine through tight-fitting, sultry outfits. Around the 1960s, the game changed when a cleaner, younger but more androgynous look takes over. Since the flower-power decade and into the 1970s, the sexual revolution contributed to a profound shift in fashion paradigms, making fashion more and more provocative. In the 1980s, the glorification of the body was at its height and the reign of fitness, dieting, cosmetics, and plastic surgery started. Finally, the body-conscious trends from the 1980s progressively developed into trash glam, the current vogue. Trash glam is the manifestation of the noticeable emphasis on the body shape that dominates fashion to this day. This trend blends elements from different styles with the ultimate goal of being conspicuous and making a statement. Sexy is a keyword to define most of the outfits we see on a daily basis. However, the lustfulness that the word usually entails nowadays has somehow tarnished its essence. Sexy has now shifted from revolutionary and attractive to overused and even tacky at times.

Females have established their reign in fashion by serving as muses and pioneers. Males, on the other hand, have had a less noticeable, but nonetheless deep influence in the world of fashion. Throughout the history of fashion, men have been the leaders of a subdued yet powerful revolution in matters of style and seduction. 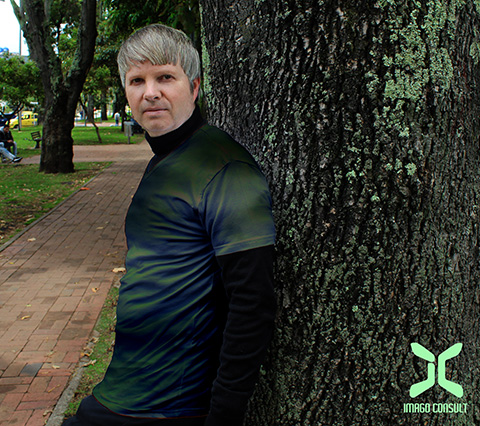 With the arrival of the internet and social networks, the expected societal role and behavior of males has become more flexible shifted towards flexibility since men are increasingly visible symbols of sensuality and appeal.

Not so long ago, the only politically correct issues to debate were gender, feminism, or gender neutrality (no gender). However, gender issues have swung between two ends of the spectrum: the gender gap or gender fusion. On the one hand, genders are expected to bridge the differences between them, and on the other hand, they are supposed to sharply mark their boundaries Two essential questions lie at the origin of this debate and fuel it further: what is femininity? And what is masculinity? In today's society, this contradiction is usually solved by reducing these concepts to the most obvious physical differences between the sexes, emphasizing them, and often overly sexualizing them. Whatever looks the most provocative is susceptible to being considered as the ultimate definition of masculinity or femininity. In either case, trends keep on alternating between both ends of the spectrum and sometimes seem to be unable to stay fixed at all, getting lost in contradiction.

According to Imago Consult, a Creative Services Company in Colombia and USA, male fashion runways haven't reached the same relevance as their female counterparts. Male models strutting provocative, sultry outfits that have a certain effeminate appearance have had modest success. However, these manifestations of male "sensual emancipation" are remarkable since they claim men's right to be as beautiful and voluptuous as women. The revolution of male beauty that has spontaneously arisen will ultimately lead to new aesthetics where men flaunt their sensual side as much as women. This change, which has partly been prompted and spread by the web and social media, will have consequences that are capable of changing the way we interpret gender roles.

The flexible role that male aesthetics seem to have nowadays has given way to "double-standard" behaviors. More and more, men feel free to use their seduction and display it especially on social networks even if prejudiced people around them disapprove of it. As reprehensible as this might still seem for some, men have learned how to take advantage of their assets to seduce and enchant at the same level that women are allowed and even expected to. It was only recently that men are gaining the right to show and use their bodies to convey attractiveness, mainly because of the social constraints that formerly portrayed masculinity as a rigid, colorless trait that represents intellect, power, and order. However, if we look back at ancient civilizations such as the Greeks, we find that male beauty was valued even more than female beauty. This did not give way to decadence or involution, in fact, it was all the contrary: these civilizations were highly evolved in art, philosophy, democracy, and many other areas. The cult of male beauty in these civilizations goes to show that male aesthetics can be as sublime as female aesthetics.

This is a major revolution, and it has just begun. Many changes remain to be seen, but we know that they will surely redefine male fashion in the years to come. Imago Consult will continue to offer the best fashion design services and production in the USA and Colombia, import and export while keeping you up to date on the latest trends with bold creations and ideas.