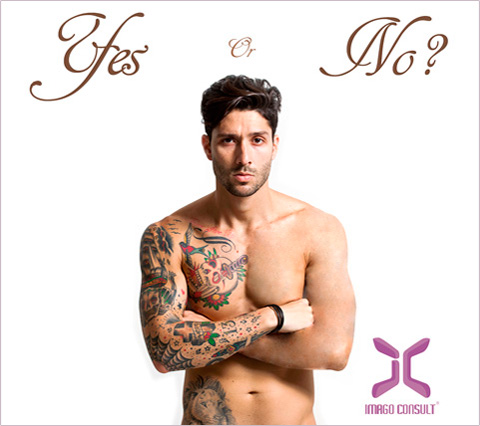 "If you get a tattoo, you won't be able to give blood." "When you grow old, it will look bad." "You won't be able to get a decent job." These, among other opinions, are often said about tattoos. Although the topic is not a taboo anymore, there are still people who associate tattoos with vandalism and drugs. There is a lot of controversy regarding this issue.

The origins of tattoos are not exactly clear, though the practice is more ancient than believed. It has been said that it originated more than 5,000 thousand years ago in several countries; each civilization tattooed with different methods and for different purposes.

The most ancient evidence of tattoos was found in the mummy of a female in the northern coast of Peru. It is believed that she was a ruler belonging to the Moche culture.

In Egypt, where henna comes from, women had tattoos to represent a social status. The Aztecs tattooed their children to honor the gods. In the Celtic culture, this art was used for warlike purposes.

Catholicism forbade tattoos once; they considered it a mutilation of the body, which was sacred to them.

In the XIX century, explorer Thomas Cook spread the art of tattoos, a practice very popular at the time in towns from the Polynesia to the West. From then, the significance of tattoos started to change and evolve. American artist Martin Hildebrandt became one of the first people to promote tattoos. He was in charge of tattooing sailors and soldiers for identification. He opened his tattoo business in New York.

By the 70's, the hippie movement along with freedom of speech, the longing for liberty and rebellion provoked an increase in tattoos' popularity, becoming a symbol of revindication.

There are endless positions in favor of or against tattoos. On one side, people consider them as symbols of violence, vandalism, and even mutilation. On the other hand, the followers and lovers of tattoos see them as art.

For the latter, the skin is a canvas and through tattoos they can communicate, express, and retain unforgettable moments.

That being said, time, hours spent designing, and focus are more than enough to consider tattoos as art. Like some say: the difference between a painting and a tattoo is that, while the first one hangs on the wall, the second one remains with you wherever you go.

At Imago Consult, we respect every opinion regarding the topic. We value the effort and the professionalism tattoo artists have for their jobs and the pride of those who have a tattoo on their skin. Nonetheless, we think of the body as already beautiful and it does not need extra ornaments. What is your opinion?